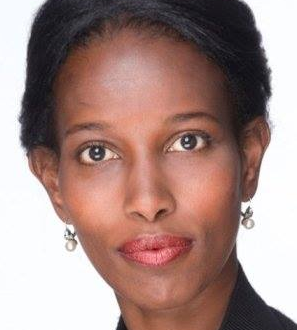 Ayaan Hirsi Ali is a Somali-born American activist, writer and feminist. She is known for her extensive work fighting for the rights of Islamic women. Her story is one of perseverance and success against all odds. She grew up in a strict Islamic family and experienced the abuse she so passionately advocates against first-hand. She was a victim of genital mutilation.

What makes Ali’s stance against Islam so unique is she is the first woman from an Islamic country to publicly denounce and criticize ills related to Islam. Ali gave up her career in Dutch politics to come to the United States, where she produced 3 autobiographies. She also opened a foundation, the AHA Foundations, named after her, that has helped countless Islamic women escape the abuse handed down by their families. Ali continues to periodically write opinion pieces for national newspapers to further the agenda of her foundation. In 2005, Hirsi Ali was named by Time Magazine as one of the 100 most influential people in the world.

Ali denounced Islam after the September 11 terrorist attacks and served as a Dutch parliamentarian, fighting for the rights of Muslim women in Europe, the enlightenment of Islam, and security in the West. But in her latest book Heretic (2015) she moderated her views of Islam and now calls for a reform of the religion by supporting reformist Muslims.