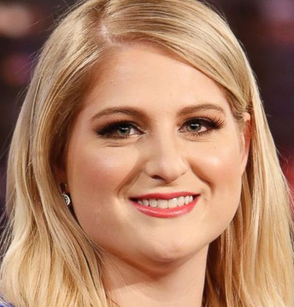 Meghan is a 20 year old singer, songwriter, musician and producer. Before getting signed by EPIC, she released 3 albums of songs that she wrote, performed,recorded and produced herself in her home studio.

“All About That Bass” is her first single to be released under Epic. The song, which promotes body acceptance and celebrates men and women of all sizes and shapes, became online sensation and earned positive reviews from critics. “I wrote this song because I myself struggle with this concept of self-acceptance. It was written from a real place so I’m glad that other people can relate to it.”

Meghan says, “I love writing music, either for myself or other artists. I love many genres of music. Shooting my first video in May 2014, I realized how much I love to dance and perform for the camera also. Music is my main focus right now.”

Meghan has won three ASCAP Pop Music Awards, two Billboard Music Awards, a People’s Choice Award, and received one Grammy Award. She was named the “Breakthrough Artist of the Year” by the Music Business Association in 2014.