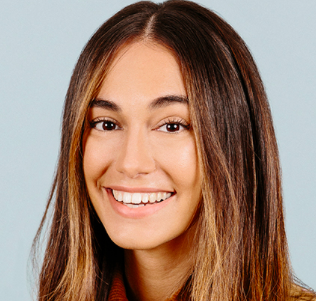 Audrey Gelman is the founder of The Wing, a women’s co-working space and social club, which opened its first location in New York City in 2015. “The Wing was inspired by history. There were over 5,000 physical women’s clubs active in the United States between the years of 1890 and 1930, and they had a huge influence on the suffrage movement and the overall advancement of women in this country. With The Wing, we were seeking to resurrect this concept for contemporary women, and make it a space where women could see projects take flight and find community together.”

Before The Wing, Audrey worked on various Democratic election campaigns, including Hillary Clinton’s presidential bid in 2008, when she was still a student at New York University. She was also a senior vice president at SKDKnickerbocker, a political consulting firm.

Audrey says, “The great thing about creating an environment like The Wing is that we’re all going through similar challenges and are familiar with the extra pressures that women face. We can help each other withstand them together.”