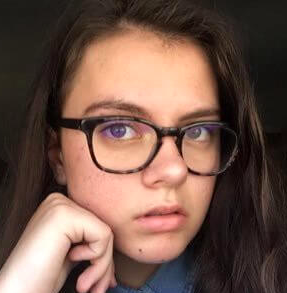 AMANDA SOUTHWORTH is a sixteen year old iOS developer, and a mental health and human rights activist. She is creator of AnxietyHelper, which is a mental health guidebook that provides tools, resources, and info on various mental illnesses, and Verena, which is a security system for members of the LGBTQ+ community in abusive situations.

In May 2018, Amanda launched Astra Labs, a non-profit software development company, to use technology that we take for granted to help marginalized communities overcome systemic barriers in the US. With the launch of Astra, she introduced another app, Oculatum, which uses artificial intelligence and machine learning to help those with schizophrenia detect visual hallucinations in real time. She worked with Teen Vogue in reporting from Apple’s 2017 WWDC conference, and was named one of their 21 under 21 members for the class of 2017, and Three Dot Dash’s Global Teen Leaders for 2018.