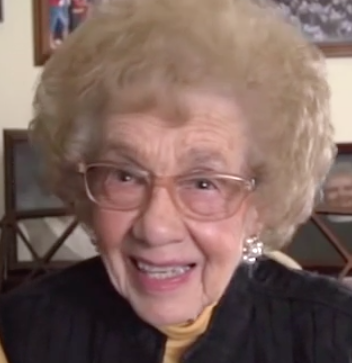 Jane discovered at the age of 85 that she could do the “the splits”. She had been told at an early age that you had to be double jointed to do so. She never tried again until recently. Jane became the highlight of her dance troupe, ultimately performing on the Jay Leno Show to demonstrate her abilities.

She was recently featured in one of The Good Line’s mini-documentaries. The film was produced in partnership with What I Thought I Saw, a photo-story traveling exhibit and book that tells stories of people we may have otherwise over-looked.

Now at 97, she shares her story and the many things she chose to do because she wanted to do them. She pursued her dreams regardless of what circumstances and people told her was possible.

She tells us that fear is one of the biggest things that keeps us back and advises us that there is nothing stopping us from doing what we want to do with life. Candice teaches us that love, fun, humor and compassion are really what this life’s all about. She says that getting older is an opportunity to cultivate more relationships in which to share those gifts.