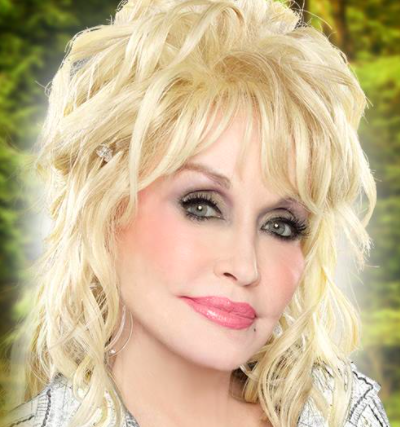 Dolly Parton, the queen of country music is also a philanthropist. In 2016, her Dollywood Foundation donated $1,000 per month to families impacted by wildfires in Tennessee, and those payments continued for six months. In 1995, she founded Dolly Parton’s Imagination Library, a literacy program that’s donated more than 100 million children’s books. And earlier this year, she was behind another generous act — donating $1 million to battle coronavirus — and it’s paying off now. “I’m just happy that anything I do can help somebody else, and when I donated the money to the Covid fund, I just wanted it to do good. Evidently, it is. Let’s just hope we find a cure real soon.”

Dolly is a singer, songwriter, multi-instrumentalist, actress, author, businesswoman, and humanitarian. She’s won every award the music industry offers, nine Grammy Awards, Country Music Association Awards, Academy of Country Music Awards, and three American Music Awards. She is only one of seven female artists to be named CMA Entertainer of the Year. She has costarred in three hit films among others, and has been nominated for an Academy Award twice.

Dolly is from the Great Smoky Mountains of Tennessee. She grew up in a family of twelve children in a one-room cabin with no electricity. She started writing songs at five years old and by ten she was singing on a Knoxville TV show. She was the first in her family to graduate from high school. She packed a cardboard suitcase and headed for Nashville. She says, “ I had a dream and I had a talent, and I really believed it was going to happen.” With over 50 years in the industry she’s had 25 record-breaking songs reach No. 1.

With record-breaking albums and singles, she also wrote hits for other artists in several genres. Dolly is co-owner of The Dollywood Company, which owns a theme park, theaters and other resorts, and a film and television company. She says,” “My dream was to make as many people happy as I could in this life.”

And watch this video. I love this woman!
https://www.youtube.com/watch?v=uKGguU6knkU