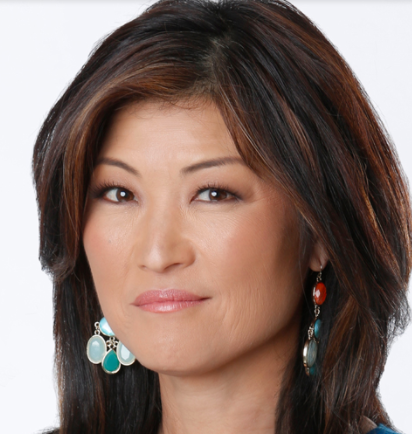 Juju Chang is an Emmy Award-winning co-anchor of ABC News’ “Nightline.” She also reports regularly for “Good Morning America” and “20/20.” She says, “I was born in Seoul and I grew up in a struggling immigrant family in California. I think that informs a lot of who I am to this day — who we are reflects how we tell stories and who we see. So I’m a mom, I’m a working mom, I’m Asian American, I’m a woman. All those things inform the way that I tell stories and the types of stories I like to see.

When I was in eighth grade, hostages were released in Iran after nearly a year of captivity and — this is how old I am — I got on my 10-speed bike and I cycled around the neighborhood yelling, “The hostages are free! The hostages are free!” This was clearly before Twitter, because I’m that person who wants to tell everybody things, and I think that’s why I became a journalist.

Don’t shy away from being a woman when you are telling your stories and when you’re giving your perspective, because all stories have a framework and it’s a net bonus that we’re female. I think in the old days we used to be like, “We’re just like men,” and I think the truth is we are not just like men — we’re different. Not better, not worse, just different.”