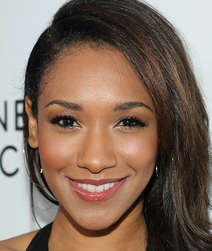 Gina Rodriguez stars in the hit TV series Jane the Virgin. The 31-year-old Golden Globe winner is an advocate for social justice issues like diversity in television and body positivity.

Gina grew up in Chicago and started performing at age seven with a salsa dance company. At age sixteen, Gina was one of thirteen teens to be accepted into Columbia University NY- Theatrical Collaboration and was accepted New York Universities- Tisch School of the Arts. She’s gone on to book roles in TV, film, and theater. In just three years, the actor has earned a Golden Globe win and several Critics Choice nominations.

Gina has leveraged her star power to help launch the “Young Women’s Honors,” which celebrates everyday women who are making a difference in various fields such as science, education, the environment, philanthropy and technology. Gina says, “I thought this would be a really great opportunity to use the platform that I’ve been blessed with by Jane the Virgin and the platform of so many other amazing women that helped me in this process to show young girls that not only are you capable of what you set your mind to, but here are amazing women that are doing it, that have done it, and now you’re not alone. Now there are paths you can look at and there are journeys that you can follow, and you can see yourself in the light that you’ve never seen.”