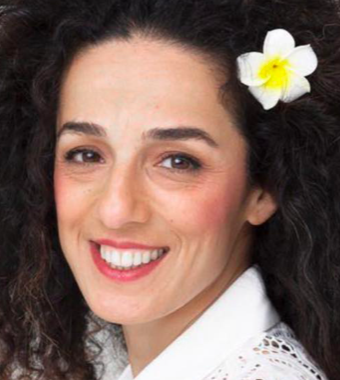 Masih Alinejad is an Iranian-American journalist, author, and women’s rights activist. She is the author of The Wind in My Hair, the extraordinary memoir of a woman who overcame enormous adversity to fight for what she believes in, and to encourage others to do the same. This is her story of leaving her country, living in exile, challenging tradition and sparking an online movement against compulsory hijab. This self-portrait sparked ‘My Stealthy Freedom,’ a social media campaign that went viral. And sparked a campaign inspiring women to find their voices.

Masih grew up in a traditional village where her mother, a tailor and respected figure in the community, was the exception to the rule in a culture where women reside in their husbands’ shadows. As a teenager, Masih was arrested for political activism and was surprised to discover she was pregnant while in police custody. When she was released, she married quickly and followed her young husband to Tehran where she was later served divorce papers to the shame and embarrassment of her religiously conservative family. Masih spent nine years struggling to regain custody of her beloved only son and was forced into exile, leaving her homeland and her heritage.

Masih was a parliamentary journalist in Tehran, where she exposed corruption among the lawmakers and, in 2009, she was forced to leave Iran for the UK. She hosts Tablet, a satirical weekly show, and runs initiatives such as White Wednesdays and My Camera is My Weapon. She thinks the death of Mahsa Amini in police custody is becoming a “turning point for Iranian women” to risk their lives by protesting against Iran’s “gender apartheid regime.”