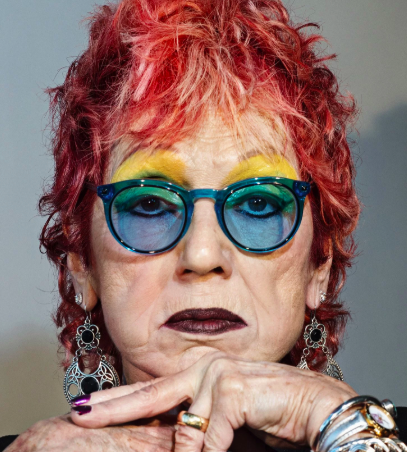 Judy Chicago is an artist and author. After studying painting and sculpture in the 1970s at the University of California, Los Angeles, Chicago was the first artist to launch a feminist art program. Her goal has been to create a place for female-centered imagery and to overcome the erasure of women’s achievements in art and society. Judy’s most influential work is the iconic installation The Dinner Party (1974–9), which today is a permanent exhibition at the Elizabeth A. Sackler Center for Feminist Art at the Brooklyn Museum.

Judy’s art has been frequently exhibited in the United States as well as in Canada, Europe, Asia, Australia, and New Zealand. In addition, a number of the books she has authored have been published in foreign editions, bringing her art and philosophy to readers worldwide. Her influence both within and beyond the art community is attested to by her inclusion in hundreds of publications throughout the world.