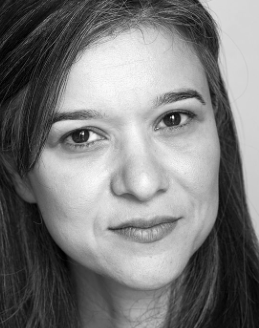 Laura Boushnak is a Palestinian documentary photographer and visual storyteller. Her work mainly focuses on the Arab world, looking at issues that she finds stem from her own personal experience of gender, education, and aftermath of war. Laura infuses her interest in social issues with her passion for the visual arts and began her career as a photographer for the Associated Press in Lebanon. Her experience included covering hard news in conflict zones such as the war in Iraq and the 2006 Israel-Hezbollah war.

As of 2008, she has been working as an independent photographer, commissioned for editorial assignments by the New York Times and other publications, while also giving more of her time to long-term personal projects in the Middle East. Laura’s main focus has been on her on-going projects, “I Read I Write” and “Survivor.” The former revolving around Arab women’s education and literacy, while the latter highlights the aftermath of war and its impact on individuals long after the fighting has ended. Both projects have received honorable awards and recognition including.

Her work has been part of public and private collections. She is a TED fellow and has been invited to give talks in different parts of the world, including two separate TED talks where she shared the stories behind her “I Read I Write” and “Survivor” projects to a worldwide audience.