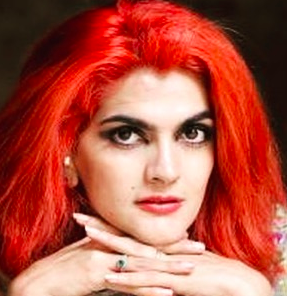 Manon Raja became the first female V-logger of Pakistan who has toured more than 25 countries and speaks more than 6 languages. Born in Saudi Arabia, she is a French-Kashmiri by origin. Manon is married and loves traveling the globe solo at her own expense and her followers on social media are enjoying each of her trips through her videos. She says, “I do road trips and also visit local villages and even small towns. whenever I travel to any country, my purpose is to present that country according to a local resident not by a tourist.”

In 2007 Manon suffered from a stomach ulcer and suffered from a severe coma. Her stomach shrunk to such a small size that she cannot eat more than three to four bites during a meal. But that doesn’t stop her from following her dreams and she never gave up. She stated, “I was in hospital for 6 months and on bed rest and couldn’t even walk, stuck in a room with pipes n drips with a view of a mountain in our city in France urged me nothing but to watch documentaries about traveling and then I made a list of countries where I wanted to visit once I get better go out, So started traveling as I came out of the hospital with special assistance and wheel chair. My family helped and encouraged me to do what I wanted.” So far, she had lived in eight different countries and has plans of traveling many more. She is a role model for all those girls who want to follow their dreams in life