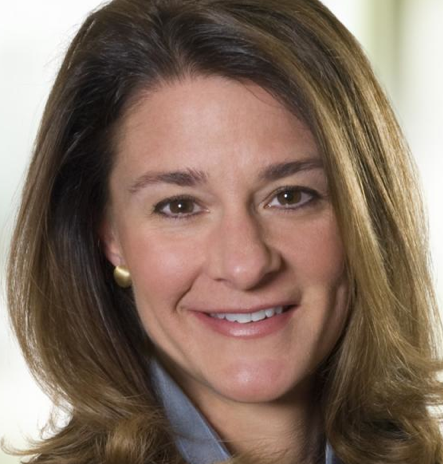 Melinda Gates is a businesswoman and philanthropist.[3]
She is co-founder of the Bill & Melinda Gates Foundation. As co-chair of the foundation, Melinda shapes and approves strategies, reviews results and sets the overall direction of the organization. Her work has led her to focus on empowering women and girls to bring transformational improvements in the health and prosperity of families, communities and societies.

Since she founded the Bill & Melinda Gates Foundation with her husband in 2000, the two have given out $30.2 billion, about 37 percent of their net worth. They are on the top of Forbes’ list of the 50 top givers in America. Much of her attention is now focused on championing investments in women and girls around the world. This includes a 2016 initiative, announced at the Women Deliver conference in Copenhagen in May, that will funnel $80 million into collecting key data on women in developing countries over the next three years — yielding the information she believes is needed to inform efforts to achieve gender equality.