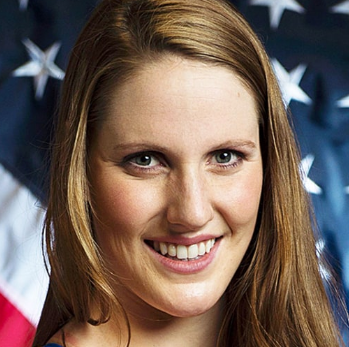 Missy Franklin is a Canadian-American competition swimmer and five-time Olympic gold medalist. She began swimming competitively at age 5, and quickly made a splash on the international scene at the age of 14. Three years later, Missy competed in her first Olympics in London in 2012, and won four gold medals: one for the 100-meter backstroke, one for the 200-meter backstroke, and two more as part of the 4-by-200-meter relay and 4-by-100-meter relay teams.