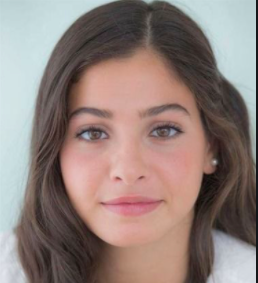 Yusra Mardini and her elder sister fled the Syrian war and set off on a perilous journey to find safety in Europe. In summer 2015, they travelled through Lebanon to Turkey before departing for Greece in an overcrowded dinghy.

Fifteen minutes into the sea crossing, the boat’s engine failed. As a professional swimmer, Yusra was determined not to let any of her fellow passengers drown. Yusra, her sister and two others jumped into the waves and swam for three and a half hours in open water to stop their dinghy capsizing, saving the lives of 20 people.

A year later, Yusra’s courage, determination and strong swimming skills were recognized by the International Olympic Committee and became a member of the first ever Refugee Olympic Team. Yusra competed at the Olympic Games in Rio in 2016, helping to represent 65 million displaced people worldwide.

Since then, Yusra has addressed the United Nations General Assembly and met world leaders such as US President Barack Obama and Pope Francis. She has been presented with a number of prestigious awards and has been recognized for her work by Time and People magazines. Her book, Butterfly – From Refugee to Olympian, has been published in several countries and her life story is being made into a film by a British production company.

Yusra now lives in Berlin, Germany and is concentrating on her professional swimming career. She aims to compete at the next Olympic Games in Tokyo in 2020. Yusra is a Goodwill Ambassador for UNHCR, the UN Refugee Agency, and works to alter global perceptions of refugees. Her message of hope, determination and courage reminds us that those who flee their countries are capable of achieving great things. Yusra says, “The most important thing in my life is swimming. Then speaking and doing things to help refugees.”