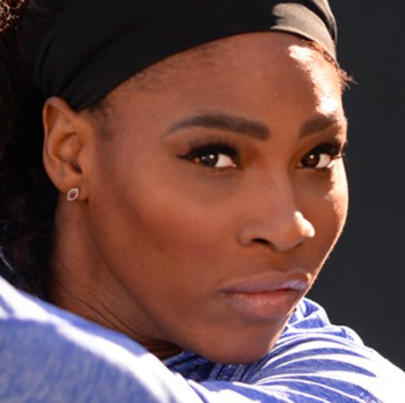 Serena Williams is an American professional tennis player and former world No. 1 in women’s single tennis. She has won 23 grand slam tennis titles which is a first by a woman within the sport and is hailed as the greatest female tennis player, and maybe athlete, of all time. Serena was named one of Time Magazine’s 100 Most Influential People in the World, April 2014.

Serena has become a strong representative for women both on and off the field despite having to deal with a series of media controversies, serious injuries, racism and sexism. She truly embodies what it means to be a strong and empowered woman. “I’ve had to deal with a lot of inequality, I’ve had to deal with racism and sadly, it’s become, unfortunately, somewhat of a norm for people who have my skin colour. It is really unfortunate, but it’s something I think that, systematically, we just have to ultimately deal with.”

Serena has shown by example that whatever gender, shape, size you are, you can achieve anything that you want to when you put your mind to it. She is a certified Fashion Designer and has her own clothing line and has been on covers of famous magazines “You never fail if you try. You only fail if you don’t try. Go out there and try whatever you are dreaming of! I’ve grown most not from victories, but setbacks. If winning is God’s reward, then losing is how he teaches us.”