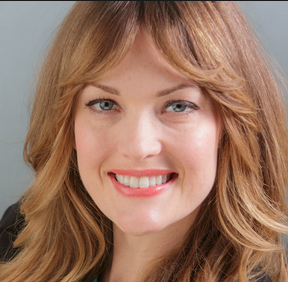 Amy contracted Neisseria meningitis, a form of bacterial meningitis at the age of 19. Due to the disease, which affected her circulatory system, both of her legs had to be amputated below the knee.  Her spleen and a kidney had to be removed as well. Two years later, she received a kidney transplant from her father. Her friends now refer to her by the nickname Lucky.

Amy’s creativity, positive outlook and her never-give-up attitude have opened doors to many other opportunities, including being featured in a Madonna music video, a lead actress role in an award-winning independent film and multiple creative modeling projects. She inspired a nation on Dancing with the Stars and has been called a hero by Oprah Winfrey.

She reveals the intimate details of her triumphant comeback from the brink of death to making history as a Paralympic snowboarder in her new book, On My Own Two Feet: From Losing My Legs to Learning the Dance of Life. Amy has evolved into a powerful inspirational and motivational speaker who has literally been seen by millions of people

Amy’s most significant accomplishment to date is in the creation and development of the action sport athletic organization; Adaptive Action Sports. In 2005 Amy and her partner Daniel Gale founded the non-profit organization to help adaptive athletes get involved with action sports, art and music. As of 2011 Amy is currently ranked #1 in the world for Adaptive Snowboarding and recently got adaptive sports into the 2011 X-Games. Amy’s future goal is getting adaptive sports into the 2014 Olympics.