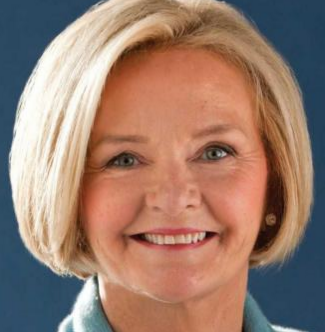 Claire McCaskill is an American politician who was elected as a Democrat to the U.S. Senate for Missouri in 2006. She was the first woman to be elected senator for that state. She says her new book, Plenty Ladylike: A Memoir, is especially important for young women. “This is about them. I want fathers to buy this book for their daughters because my dad gave me permission to be opinionated and bossy. He told me not to worry about the fact that I couldn’t get dates in high school and college, told me to never dumb down for a boy, that they’d figure it out and until they figured it out don’t make myself miserable because I’d be wasting my time on any boy who didn’t realize how smart I was. So that’s what I want and I hope the book is a brutally honest and candid account of how women can use strategy and take risks and really own their ambition. That’s why I call the book ‘Plenty Ladylike,’ because I have been told, at times in my career – teachers when I was young that I needed to quit talking so much because boys weren’t going to like me, and it wasn’t ladylike and then after my first debate with Akin in 2012 he told the press that I wasn’t very ladylike and that’s why I named the book ‘Plenty Ladylike,’ because I want us to own that adjective as a signal of strength, not a signal of being seen and not heard.”