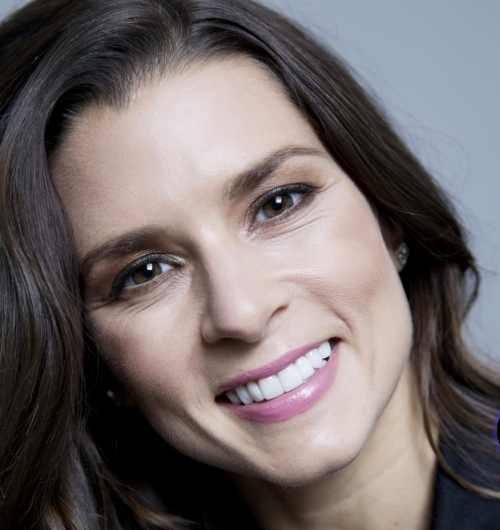 Danica Patrick is an American former professional racing driver. She is the most successful woman in the history of American open-wheel racing—her victory in the 2008 Indy Japan 300 is the only win by a woman in an IndyCar Series race.
She broke barriers and set records on the track.

One of the most recognizable professional athletes in the world, Danica was named to TIME’s “100 Most Influential People” list, has graced the cover of ESPN: The Magazine, Sports Illustrated and TV Guide and was featured in pictorials in the 2008 and 2009 Sports Illustrated Swimsuit Issue.

In November 2017, Danica announced that she would end her racing career with the “Danica Double” by competing in two marquee events that were cornerstones of her career: the Daytona 500 and the Indianapolis 500. With her new focus as an entrepreneur and business owner Danica launched a clothing line – Warrior by Danica Patrick and authored the fitness book Pretty Intense and is the sole proprietor of a vineyard in California.