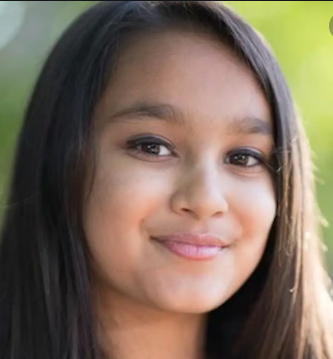 Samaira Mehta is the 12 year old Founder of Coderbunnyz™ and “Yes, One Billion Kids Can Code” and a Motivational Speaker. Her mission is To get everyone age 4-104 excited about coding in a really fun way!

Samaira invented STEM coding board game CoderBunnyz to teach coding to kids age 4-104. She has done over 40 workshops with her board game in Silicon Valley, teaching over 1400 kids, including over 50 at Google HQ. She also started an initiative “Girls U Code” to teach coding to underrepresented girls. She has received letters from “The White House” for her work and has been featured in NBC, Sony, ZDF, Mercury News, sina.com and several media in 3 continents(North America, Asia, Europe) and over 11 countries. She is the youngest speaker at CMG impact 2016 Women in Tech, 2017 WIT-Building the SHE-conomy at Microsoft and has been a speaker at tech events in Silicon Valley and beyond. She wants every kid in the world to have the privilege to start on coding.

Samaira says, “My role models are any girls who dare to dream big and pursue what they really love. And they work hard at what they love.” At only 12 years old, she’s helped over 10,000 kids learn how to code.