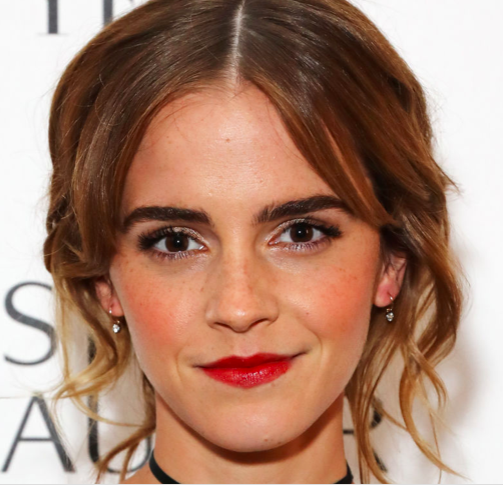 Emma Watson is a British actress and model born in 1990, who is best known as Hermione Granger in the eight Harry Potter movies. She has been actively involved in humanitarian causes for several years, working to promote fair trade and organic clothing, and as an ambassador for Camfed International, a movement to educate girls in rural Africa. In 2014, Emma was named a U.N. Women Goodwill Ambassador by the United Nations. Her role is to serve as an advocate for U.N. Women’s gender equality campaign known as HeForShe.

Emma says, “Both men and women should feel free to be sensitive. Both men and women should feel free to be strong. It is time that we all perceive gender on a spectrum, instead of two sets of opposing ideals. If we stop defining each other by what we are not, and start defining ourselves by who we are, we can all be freer, and this is what HeForShe is about. It’s about freedom. …the reality is that if we do nothing, it will take seventy-five years, or for me to be nearly 100, before women can expect to be paid the same as men for the same work. Fifteen and a half million girls will be married in the next 16 years as children. And at current rates, it won’t be until 2086 before all rural African girls can have a secondary education.”