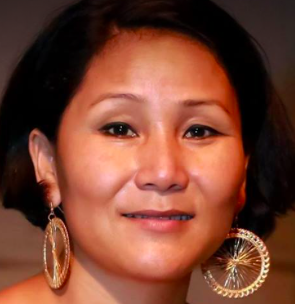 Indira Ranamagar is social worker and founder of non-profit organization Prisoner’s Assistance Nepal that looks after the children of criminal parents living in jails. Indira took a deep interest in the welfare of prisoners and their families from an early age, and after becoming well acquainted with their struggles through various social projects, she founded Prisoner’s Assistance Nepal in 2000. Her continued work through the organization has led to the opening of four children’s homes, two schools, and various other social projects aimed at helping prisoners and their children.

She was one of three finalist nominees for the 2014 World’s Children’s Prize,” and on October 22, 2014 was awarded the World’s children’s Honorary Award by Queen Silvia. She has won many notable awards in her lifetime including Asia 21 leaders, Ashoka Fellow & Nava devi Shakti Award.