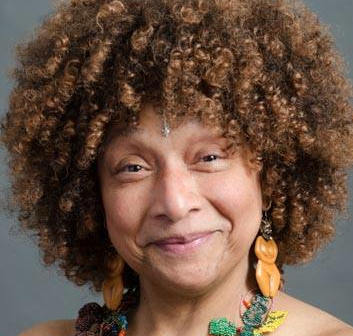 Joyce J. Scott is an artist, sculptor, quilter, performance artist, installation artist, lecturer and educator. She us best known for her figurative sculptures and jewelry often constructed with thousands of glass seed or pony beads, and incorporates various other found objects and materials such as glass, quilting, and leather. She is influenced by a variety of diverse cultures, including Native American and African traditions, illustration, comic books, and pop culture. Joyce is inspired by craft traditions in her extended family of quilters, woodworkers, basketweavers, chair caners, planters and blacksmiths, where people developed skills in more than one craft so that they could survive.

Joyce is a performance artist in addition to sculpture. She is renowned for her social commentary on issues such as racism, sexism, violence and stereotypes, as well as themes of spiritual healing. She says, “It’s important to me to use art in a manner that incites people to look and then carry something home – even if it’s subliminal – that might make a change in them…I am a visual and performance artist because it’s my best voice as a human.