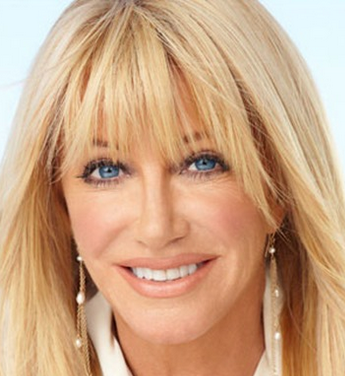 Suzanne Somers is one of America’s most popular and beloved personalities. In a multifaceted career spanning more than three decades, she has achieved extraordinary success as an actress, singer, comedienne, 14 NEW YORK TIMES BESTSELLING BOOKS, LAS VEGAS FEMALE ENTERTAINER OF THE YEAR, entrepreneur, and lecturer. She is the voice and face of alternative medicine. Her latest book, TOX-SICK: From Toxic to Not Sick debuted at #3 on the New York Times bestseller list. She is receiving raves for her bawdy, fun, romantic Las Vegas show “SUZANNE ”.

Suzanne hit the dance floor with ABC-TV’s “DANCING WITH THE STARS” 20th anniversary season in Spring 2015. She received an EMMY nomination as Outstanding Host for “THE SUZANNE SHOW,” her weekly one-hour health specials on Lifetime. She is founder of ForeverHealth.com, an online resource to connect patients with doctors specializing in natural medicine and a partner and ambassador for Livewave.com, a global nanotechnology company and a partner in Medical Energetics in Ireland.

A knowledgeable, dedicated health care advocate, Suzanne received the Humanitarian Award from the National Council on Alcoholism, and the Distinguished Achievement in Public Service Award from the U.S. Department of Health and Human Services. She has served as National Chairperson of the National Association for Children of Alcoholics twice and most notably, was the first layperson named to the American Psychiatric Foundation’s board of directors. She also served on the Substance Abuse and Mental Health Services Administration (SAMHSA) National Advisory Council to the Secretary of Health and Human Services.

A sought-after speaker and lecturer on the topic of A NEW WAY TO AGE,  Suzanne has spoken to audiences of up to 50,000 people. She is the founder of the Suzanne Somers Institute for the Effects of Addiction on Families.