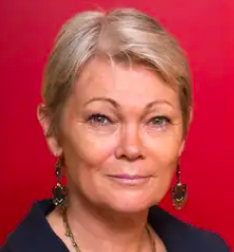 Tracy Edwards gained international fame in as the skipper of the first all-female crew to sail around the world when they raced in the 1989/90 Whitbread Round the World Race. She received an MBE which is an order of the British Empire award. Tracy became the first woman in its 34 year history to be awarded the Yachtsman of the Year Trophy. She paved the way for other women to follow.

Tracy’s book Maiden was published in 1990 and was No.1 on the Times bestseller list for 19 weeks. It is the inspiring story of how she took a yacht and the first all-female crew ever to circumnavigate the globe through storms and savage seas. This is a book about great courage, great endeavor and extraordinary determination.

Visit Tracy at: https://www.tracyedwards.com/ And watch the exciting and inspiring official trailer of the story of that voyage, MAIDEN, on youtube.