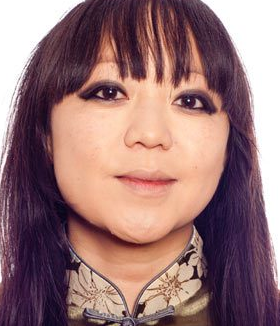 Candy is an artist, designer, and urban planner who makes cities more comfortable for people. A Senior TED Fellow, Chang is passionate about redefining the ways we share information in public space to improve our neighborhoods. The Atlantic calls her recent work, Before I Die, “one of the most creative community projects ever.”

Candy is the creator of the Before I Die project, which started when she stenciled the words “Before I die I want to _______.” on a chalkboard wall on an abandoned house in New Orleans. Overnight it became a place for people to pick up a piece of chalk, reflect on their lives, and share their personal aspirations in public space. There are now more than 525 Before I Die walls in over 35 languages and over 70 countries, including Kazakhstan, Portugal, Japan, Denmark, Iraq, Argentina, and South Africa. The Before I Die book, which includes photographs of lots of walls from around the world, personal stories, and visual insights into our aspirations for urban living, was published in November 2013 and has been featured on CNN, TED, AP News, Brain Pickings, and Mashable.