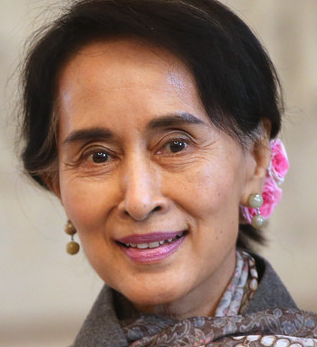 Aung San Suu Kyi is one of the world’s most renowned human rights activists. She has dedicated much of her life to bringing democracy, dignity and human rights to Myanmar’s citizens. She is a founding member and current Chairperson of the National League for Democracy, and was elected to parliament in 2012.

She spent decades under house arrest, before being freed in 2010. She was awarded the Nobel Peace Prize in 1991 for her non-violent struggle for democracy and human rights, and has received more than 130 awards and honors, including the Commander of the French Légion d’honneur in 2012, and the U.S. Congressional Gold Medal in 2008.

Aung San Suu Kyi is an advocate for the rights of women and girls. In this video she talks about the impact of discrimination against girls.