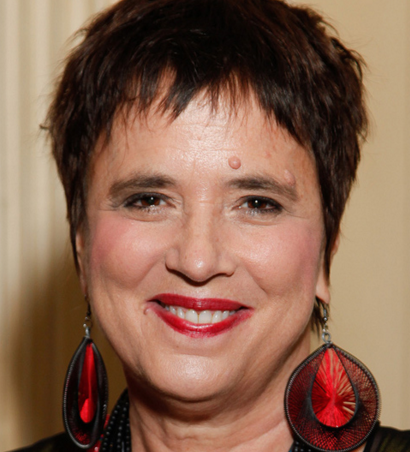 Eve, Tony Award winning playwright, performer, and activist, is the author of The Vagina Monologues, which has been translated into over 48 languages, performed in over 140 countries. She has been named one of US News & World Report’s ”Best Leaders”, “125 Women Who Changed Our World” by Good Housekeeping Magazine, one of Newsweek’s “150 Women Who Changed the World”, and The Guardian’s “100 Most Influential Women.”

Eve is the creator of One Billion Rising, the biggest mass action to end violence against women in human history. On (or around) 14 February 2015, millions of activists in over 200 countries gathered to Rise for REVOLUTION, to change the paradigm, demand accountability, justice and systematic CHANGE. “We are rising to show we are determined to create a new kind of consciousness – one where violence will be resisted until it is unthinkable.

In 2016, the theme of Revolution continues with a call to focus on marginalised women and to bring national and international focus to their issues; to bring in new artistic energy; to amplify Revolution as a call for system change to end violence against women and girls; to call on people to rise for others, and not just for ourselves.”

Visit One Billion Rising at: www.onbillionrising.org