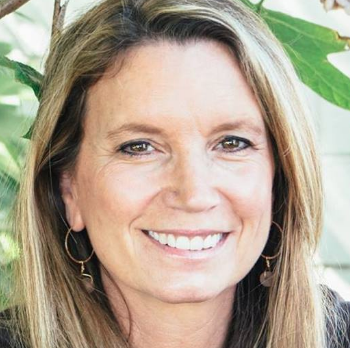 Becca Stevens is an author, speaker, priest, social entrepreneur, founder and president of Thistle Farms. She has been featured in the New York Times, on ABC World News, NPR, PBS, and was recently named a 2016 CNN Hero. In 2011, the White House named Becca a “Champion of Change”.

Becca was featured in the PBS documentary, “A Path Appears”, named Humanitarian of the Year by the Small Business Council of America as well as the TJ Martell Foundation, and inducted into the Tennessee Women’s Hall of Fame. She has been conferred honorary doctorates from The University of the South, Sewanee and General Theological Seminary, New York. Her newest book is,“ Letters from the Farm: A Simple Path for a Deeper Spiritual Life.”

Becca is an international voice for the growing global movement for women’s freedom and a fervently hopeful and determinedly loving champion for the marginalized.