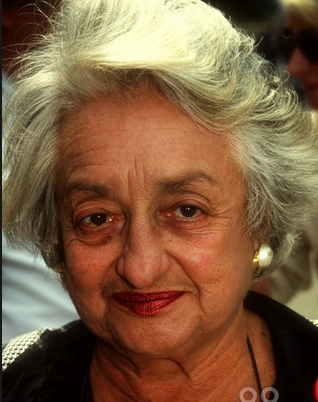 Betty Friedan, writer, feminist and women’s rights activist, wrote The Feminine Mystique (1963). Considered by many as the “mother” of the second wave of modern feminism, she was one of the most influential feminist leaders of the second half of the twentieth century, a co-founder of the National Organization for Women (NOW) and its first president. She served on the boards of leading women’s organizations, fought for legislation to ensure women’s equality and wrote books analyzing women’s role in society and the women’s movement.

NOW was dedicated to the “full participation of women in mainstream American society.” They demanded equal pay for equal work and pressured the government to support and enforce legislation that prohibited gender discrimination. When Congress debated that landmark Civil Rights Act of 1964, which prohibited discrimination in employment on account of race, conservative Congressmen added gender to the bill, thinking that the inclusion of women would kill the act. When this strategy backfired and the measure was signed into law, groups such as NOW became dedicated to its enforcement.

Learn more about Betty at: http://www.bradley.edu/bettyfriedantribute/