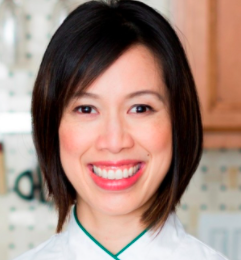 Christine Ha is a blind chef who shocked the nation when she tried out for the reality show cooking competition, Masterchef. She is a Vietnamese-American chef from Houston, Texas and is best known for being the blind winner of “MasterChef” with Gordon Ramsay in 2012.

Christine is the Co-Executive Chef of downtown restaurant The Blind Goat, in Houston’s Bravery Chef Hall in 2019 and Xin Chao a modern Vietnamese restaurant. The Blind Goat received three stars from the Houston Chronicle and was named a semi-finalist for Best New Restaurant in America by the James Beard Foundation in 2020.

Christine has an MFA in Creative Writing and a BAA in Finance. An autoimmune condition caused her permanent vision loss.