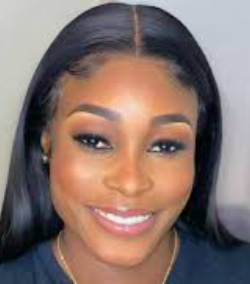 Elaine Thompson-Herah is a Jamaican sprinter who competes in the 60 metres, 100 metres and 200 metres. One of the greatest sprinters of all time, she is a five-time Olympic champion, the fastest woman alive, and the second-fastest in history over both the 100 m and 200 m. Elaine is the first woman in history to win the “sprint double” at consecutive Olympics. She captured gold in both the 100 m and 200 m at the 2016 Rio Olympics and again at the 2020 Tokyo Olympics.

Elaine was raised by her grandmother in one of the poorest parts of Jamaica. Though her family always said that she was “born to run”, she was not outstanding in school and was dropped from her school’s track team. After obtaining a scholarship to the University of Technology in Kingston, Elaine started to become the sprinter her family always believed she could be.