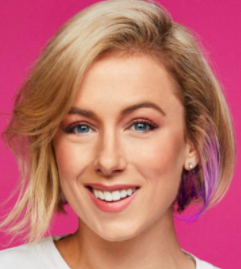 Iliza Shlesinger is an award-winning comedian , actor, writer, producer, author, selling out theatres around the globe. She’s currently preparing to launch her post-pandemic Back In Action world tour. She has five standup specials streaming on Netflix. In recent years, Iliza has branched out into acting and will next be seen starring in the Netflix movie Good On Paper, an indie “non-rom-com” she wrote.

Iliza is currently hard at work on her second book All Things Aside which recently sold as part of a bidding war. Her first book, Girl Logic: The Genius and the Absurdity was a subversively funny collection of essays offering her unique perspective on irrational behavior. Her podcast, AIA: Ask Iliza Anything, is a fan favorite and features Iliza giving out her Dear Abby-esque advice from fan submitted questions. Iliza is the only female and youngest comedian to hold the title of NBC’s Last Comic Standing.