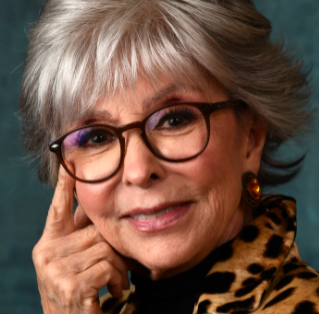 From the age of nine, Rita performed as a professional dancer in New York night clubs. At age 11, she landed her first movie experience, dubbing Spanish-language versions of US films. Less than a month before her 14th birthday she made her Broadway debut. She has continued to work steadily on screen (both large and small) and on stage, solidifying her reputation as a national treasure, a status that was officially ratified with the award of the Presidential Medal of Freedom by President George W. Bush in June 2004.

Rita was named USA Today’s Women of the Century and TIME’s list of the most influential women of the past century. The documentary about her life, Rita Moreno: Just a Girl Who Decided to Go for It, was just released in June 2021.