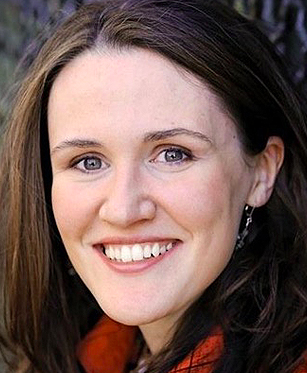 Liz Murray’s life is a stunning example of Dreaming Big. She was brought up by drug-addicted parents in a filthy apartment. There was never enough food, but drugs were abundant. When Liz was 16 her mother died and she became homeless. She rode the subway all night and slept in parks. She dropped out of school but always imagined her life could be better. She says, “I knew had to change my circumstances for the better, and that no one could do that for me. But, I quickly found that I also could not do it alone. I had to take responsibility first, and then I had to find a community of caring people to help me get there.” She went back to school and finished in two years and got a full scholarship to Harvard. She was still living in the city parks and subway stations.

Liz is the recipient of the White House “Project’s Role Model Award” and Oprah Winfrey’s first-ever “Chutzpah Award”. Her memoir, Breaking Night, was the New York Times best-seller list within a week and became an international bestseller published in twelve countries, in eight languages. Lifetime Television produced a movie about Murray’s life story entitled Homeless to Harvard, which was nominated for three “Emmy Awards”. Today, Liz is a passionate advocate for underserved youth. She believes that when it comes to a child facing even the most extreme adversity, it is having a strong relationship with at least one caring, dedicated adult that can make all the difference.