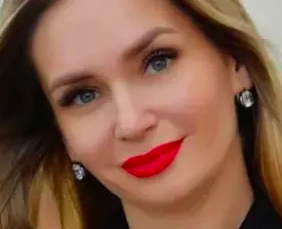 Marina Ovsyannikova, a journalist with Russia’s Channel One state television, was fined and released from police custody after storming a live news program with a sign that read ‘no war’ and told people to ‘not believe the propaganda.’
Marina is a Russian journalist who was employed on the Channel One Russia TV channel. She worked for Russia’s main evening newscast Vremya since beginning of the 2000s. In 2022, she interrupted a state-controlled Russian TV news broadcast to protest against the Russian invasion of Ukraine, which made international news headlines. She was arrested, held without access to her lawyer, fined, and later released.

“I want to live in Russia. My children want to live in Russia. … And now I believe in the history of my country,” she said. “The times are very dark and very difficult, and every person who has a civil position who wants to make that civil position known must speak up. It’s very important. So I just wanted to show the world that it’s not just black and white in Russia. And I wanted to show our Russian people that they need to think critically and analyze the information that is being presented to them critically.” She added, “Unfortunately, for the past years I have worked at Channel One, involved in Kremlin propaganda. I am very ashamed of this. Ashamed because I allowed lies to be told from the TV screen. Ashamed because I allowed the Russian people to be turned into zombies”