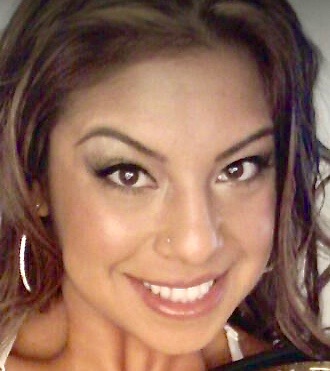 Maricela Cornejo is a 29 year old actress/model/boxer. She grew up in a small home with 8 people living in it but was rich by the amount of love. From age 8 she joined her entire family and started working alongside them in the agriculture fields before her parents dropped them off to school for many years.

In Hollywood, Maricela walked into the famous Wild Card Boxing Gym owned by Freddie Roach, in Hollywood, Dec. 2010. She found out she had great power and potential to take boxing by storm. She continued training for 11 months until she moved to Las Vegas November 2011 for her first amateur bout. She had only 4 amateur bouts before turning Pro August 2012.

Maricela caught the attention of World Boxing Council and Golden Boy Promotions Chairman Oscar De La Hoya who signed her to a contract. Not only does Maricela packs a punch, but she packs a powerful message too. She found boxing as a sanctuary from the torment she suffered as a sexual abuse survivor. She also battled an addiction to drugs, before finding redemption in the ring.

Maricela is currently the WBC International Super Middleweight Champion. Her professional record is 4-2. Maricela Cornejo has a passion for helping others realize the power they hold to make other people’s lives better.