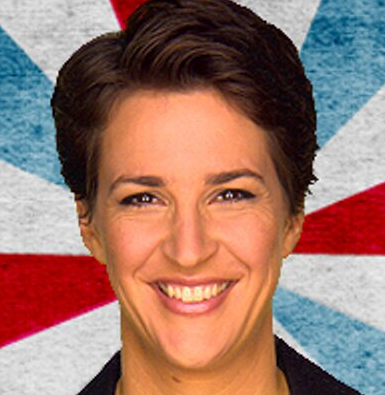 Rachel is the author of “DRIFT: The Unmooring of American Military Power,” which debuted at #1 on the New York Times bestsellers list in March 2012.

“The Rachel Maddow Show” was the most successful show launch in MSNBC history, immediately boosting ratings in its time period when it debuted in September 2008. “The Rachel Maddow Show” was named one of the top shows of the decade by the Washington Post in 2009. Maddow was also named a “Breakout Star of 2008” by The Washington Post, The Los Angeles Times named her to the “Best of Television 2008” and she was named one of the “Top Ten Political Newcomers of 2008” by Politico.com.