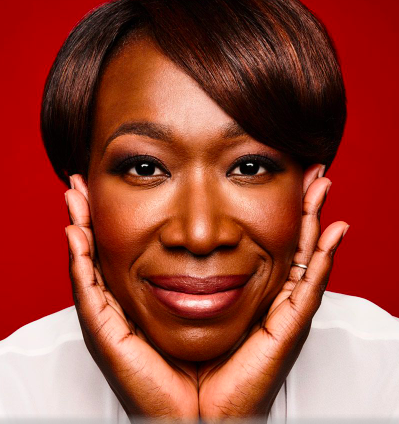 Joy-Ann Reid is an MSNBC cable television host of The Reid Out. She is a correspondent and political commentator and was host of The Reid Report and “AM Joy”, a political weekend morning talk show on MSNBC, which quickly became one of the most highly rated morning shows for the network. She co-hosts the podcast Reid This / Reid That. Joy attended Harvard University, where she first had an interest in a Pre-Med degree, but eventually followed her passion for journalism, although graduating in 1991 with a degree in film. She is a 2003 Knight Center for Specialized Journalism fellow.

Joy is the author of the books Fracture: Barack Obama, the Clintons and the Racial Divide and We Are the Change We Seek: The Speeches of Barack Obama. Her latest book is The Man Who Sold America: Trump and the Unraveling of the American Story.

She and her husband own a documentary film company called Image Lab Media Group. She currently resides in Brooklyn with her husband and family.