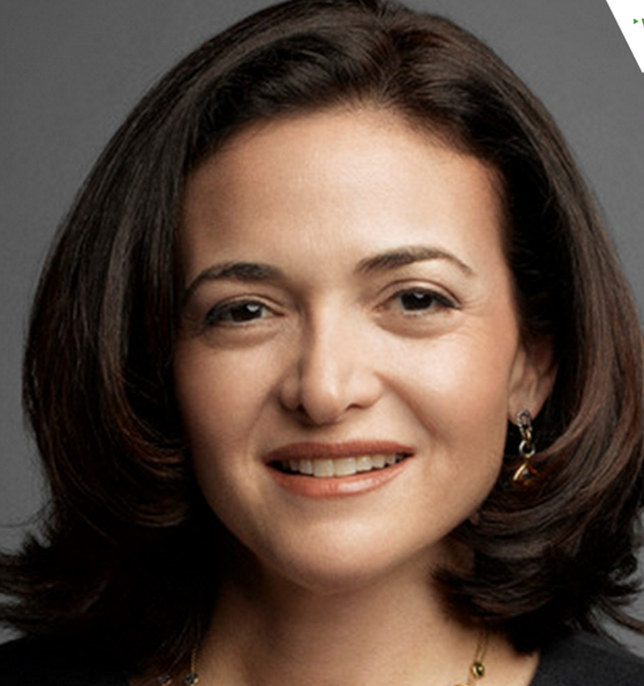 Sheryl Sandberg is the chief operating officer of Facebook and best-selling author of Lean In: Women, Work, and the Will to Lead. She is a technology executive, activist, and author and is ranked on Fortune’s list of the 50 Most Powerful Women in Business and as one of Time’s 100 Most Influential People in the World. In 2010, she gave an electrifying TEDTalk in which she described how women unintentionally hold themselves back in their careers. Her talk, which became a phenomenon and has been viewed more than two million times, encouraged women to “sit at the table,” seek challenges, take risks, and pursue their goals with gusto.

In Lean In, Sheryl examines why women’s progress in achieving leadership roles has stalled, explains the root causes, and offers compelling, commonsense solutions that can empower women to achieve their full potential. In March 2014, Sheryl and Lean In sponsored the Ban Bossy campaign, a television and social media censorship advocacy campaign designed to ban the word bossy from general use due to its perceived harmful effect on young girls. The web site provides school training material, leadership tips, and an online pledge form to which visitors can promise not to use the word.

Sheryl says, “Together, we can break down the stereotypes that hold us all back, making our organizations more productive and our homes happier. Together, we can create a world where everyone—women and men, girls and boys—has true choice and equal opportunity to follow his or her dreams.”