Alexis Jones – I Am That Girl/Founder, Female Activist, Entrepreneur 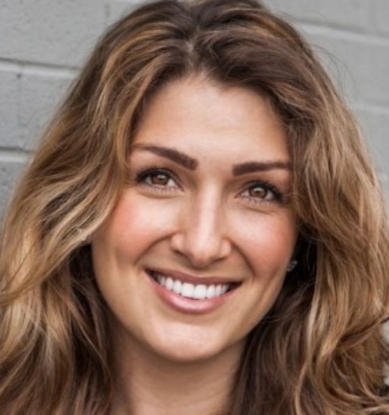 Alexis Jones discovered her passion for inspiring girls and women after starring in The Vagina Monologues, a progressive women’s play, written by Eve Ensler. Following that role she hosted a TV show on the Red Carpet, worked at Fox Sports, ESPN and was a contestant on the hit CBS reality TV show: Survivor. Leveraging her Entertainment background as a platform.

Alexis launched I AM THAT GIRL, and quickly became an internationally recognized Speaker, Media Personality, Activist and Author. She has established herself as a thought leader for the 21st century women’s movement and as an expert on Generation Y. Her authenticity, contagious passion and “straight talk” style, have made Alexis a trusted voice for her generation.

Recently invited to the White House to discuss a Healthy Media initiative, Alexis and the I AM THAT GIRL team are trailblazing the women’s empowerment space with a savvy, inspiring, 21st century twist. Alexis has spent the last 4 years speaking to over 100,000 youth in person and over a million people on-line regarding personal and professional development, leadership, activism, social entrepreneurism, and women’s issues. Alexis Jones is THAT GIRL and she’s on a mission to change the world.