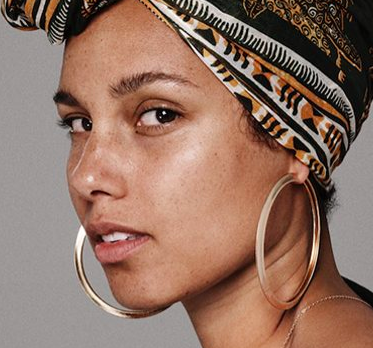 Alicia Keys received Amnesty International’s Ambassador of Conscience Award for her activism and created a feminist anthem in 2012’s “Girl on Fire.” She is a classically-trained pianist who began composing songs by age 12 and was signed at 15 years old by Columbia.

Alicia is a 15-time Grammy® Award-winning singer/songwriter/producer, an accomplished actress, a New York Times best-selling author, an entrepreneur and a powerful force in the world of philanthropy and in the global fight against HIV and AIDS.

As a devoted and influential activist, in September 2014, Alicia launched We Are Here, a movement that empowers the global community around a host of issues and initiatives building a better world where all people are heard, respected, equal, and treated with dignity.

Alicia is also the co-founder of Keep a Child Alive (KCA), a non-profit organization that partners with grass-roots organizations to combat the physical, social, and economic impact of HIV on children, their families and their communities in Africa and India.