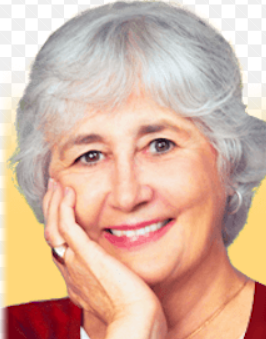 Catherine Ann Jones, MA, is an award-winning playwright and screenwriter, a writing consultant, and author of fiction and nonfiction. She holds a graduate degree in Depth Psychology and Archetypal Mythology. After playing major roles in over fifty plays on and off-Broadway, she became disappointed by the lack of good roles for women and wrote a play, On the Edge, about Virginia Woolf and her struggle with madness in a world gone mad. The play won a National Endowment for the Arts Award. Twelve of her plays have won multiple awards and are produced both in and out of New York.

Catherine leads The Way of Story workshops throughout the United States, Europe, and Asia. A Fulbright Scholar to India, Catherine has also taught at The New School University, University of Southern California, and the Esalen Institute. Her books, The Way of Story: The Craft and Soul of Writing, Heal Your Self With Writing, What Story Are You Living?, and Freud’s Oracle: A Play Based on the Life of H.D. are taught in numerous schools, including at New York University writing programs. She has 56,000 subscribers to her six online courses and also offers psychic readings, keynote talks, and writing consultant services.

Catherine’s memoir, Buddha and the Dancing Girl, is a story of inner and outer adventures, from acting in New York to writing in Hollywood, and from a girlhood in Texas to a spiritual search in India – a life fully lived, offering us remarkable experiences, memorable people, and deep wisdom. What a privilege to read about this life!