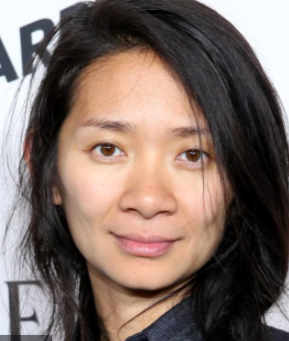 Chloé Zhao is a director, screenwriter, and producer. Growing up in Beijing, Chloé moved to New York City in 2010 and began studying in the Graduate Film program. She has quickly become one of the industry’s leading filmmakers. She was nominated for Best Director and Best Feature at the 33rd Independent Spirit Awards and became the first-ever recipient of the Bonnie Award, which recognizes “the innovative vision and breakthrough work of female directors.”

Chloé won four 2021 Academy Award nominations for the film, Nomadland, and won both Best Picture and Best Director, becoming the second woman in history to win the latter. She is the first non-white woman to win the category. “I’m not the kind of filmmaker who just makes films,” she said. “I have to be in love with my subject matter and want to learn more about it. Someone once said to me that passion doesn’t sustain, but curiosity does. I have to be excited by little things I discover along the way.”