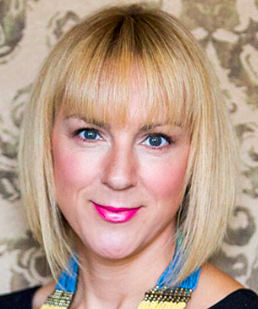 Debra Searle is a British adventurer, television presenter, author and motivational speaker. She achieved a first class honours degree, has launched four companies, won Gold World Championship medals for GB, presented over 40 programmes for the BBC, had two books published, become the youngest ever trustee of The Duke of Edinburgh’s Award and successfully rowed solo across the Atlantic Ocean.  Her Majesty The Queen has recognised Debra on two occasions – in 2002 with an MBE and in 2014 with an MVO.  She has spoken at over 1000 events across 38 countries.

Debra says, “Adventure is an attitude and a catalyst that gives us a drive to begin to achieve more in life and make the most of our natural potential. I’m dedicated to showing people how to leverage their mindset so that they can kick the can’t out of life. It’s not magic, it’s mindset.”