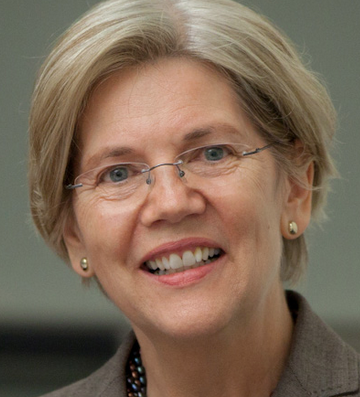 Elizabeth Warren, a fearless consumer advocate who has made her life’s work the fight for middle class families, was elected to the United States Senate on November 6, 2012, by the people of Massachusetts. During her campaign for the Senate, Elizabeth promised to fight for middle class families and to make sure that everyone has a fair shot to get ahead. She called for policies that would level the regulatory playing field for small businesses and ensure that everyone – even large and powerful corporations – pays a fair share in taxes and is held accountable for breaking the law.

Elizabeth has been a law professor at Harvard for nearly 20 years and has written nine books, including two national best-sellers, and more than a hundred articles. TIME Magazine has named her one of the 100 most influential people in the world three times, and she has been honored by the Massachusetts Women’s Bar Association with the Lelia J. Robinson Award.

Elizabeth is a dynamic and outspoken media presence in the 2016 presidential primary. Many consider her a worthy candidate to run with Hilary Clinton as her Vice President.