Katie Meyler – CEO/Founder “More Than Me” 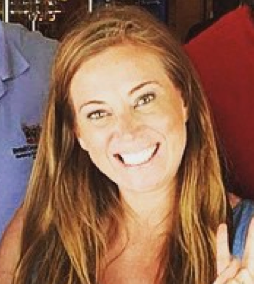 Katie relocated to Liberia in 2006 to manage projects for children orphaned by the civil war. While in Liberia, she began More Than Me (MTM) as a scholarship program for children she befriended who were on the street and out of school. Liberia’s President, Ellen Johnson Sirleaf, described MTM as “the number one way an American can help Liberia,“ and under Katie’s leadership, the organization has grown to serve more than 150 children and six Monrovia communities.

In 2014, Katie led MTM to launch Ebola response programs across six Monrovia communities that reached hundreds of thousands of residents. For her commitment to Liberia, TIME recognized Katie as an Ebola Fighter and 2014 Person of the Year. She has also been honored as a Forbes 400 Fellow, by the MS. JD Global Education Fund as their 2014 Woman of Excellence, by the Nelson Mandela Foundation with the Nelson Mandela Changemaker Award, by the Shorty Awards as 2015 Best Activist, as the 2012 winner of the Chase American Giving Awards, and as an Oprah Ambassador.