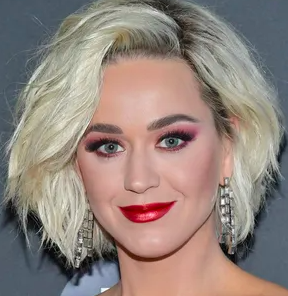 Katy Perry is an American pop singer. She is currently one of the top singers in the world and probably the most popular singer right now. Her songs peak almost every chart in the world. She has won many awards. She is the top earning women in music since 2011. Her most notable songs is “Firework.” Her song, “Last Friday Night (T.G.I.F.)” tied Michael Jackson’s record of five number one songs from a single album.

Katy was raised by two born-again Christian ministers. Nonreligious music was forbidden in her household, and she grew up singing church hymns and gospel tunes. As a teenager, she learned to play the guitar and sought a musical career in Nashville. She went on to several Grammy Award nominations, including album of the year for Teenage Dream. In 2018 Katy became one of the judges on the new incarnation of the singing competition TV show American Idol.