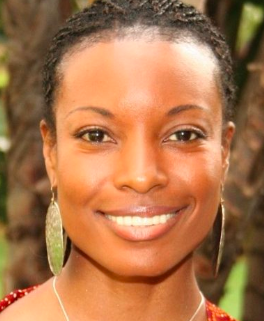 Tabbatha Mays brings a wealth of knowledge to Spirits Landing Inc. drawn from an extremely cultured and diverse background. Raised with strict family values and given exposure to many fields of study at an early age, her life experiences have led her here to this wonderful opportunity to serve and share what she has learned as both an artist and an executive. Having literally traveled around the world as an entertainment professional – a soloist for dignitaries, a spokesperson for Guess, American Express, Disney and Fendi Corporations, and having participated and placed numerous pageants, she gained much knowledge on social mores, business etiquette, poise, posture and public speaking.

Tabbatha says, “I have been very blessed to have had the opportunity to travel and see a great portion of the world. Throughout my travels, I found that in every country, no matter where I went, there seemed to be a common denominator; young girls around the world suffered from low self-esteem, not knowing their power, and defining themselves by their physical bodies rather than their intellectual and spiritual bodies. It felt to me that all people, but girls in particular, were walking around waiting to be told their destinies. I liken it to an airplane, hovering over the runway… waiting for an air traffic controller to guide them in… helping them to land. I think that children sometimes have souls/spirits that are ‘hovering,’ waiting for an adult or adults to guide them in so that their spirits can land, and feel grounded enough to then, in the future, ‘take off’ again on their own and fly to even higher heights. That is how Spirits Landing was founded, and the name was given.”