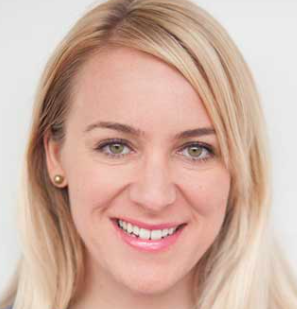 April Underwood is the VP of Product at Slack and a founding member of #Angels investing group. She says, “I used to write code, and I sometimes write term sheets, but most of all I love building and leading product teams and working with engineers and designers to build and launch great products that people want to use.

I’m a consumer internet addict with a passion for platforms and partnerships. I fell in love with technology for the first time at a young age when I realized I could catalog and sort my baseball cards in Microsoft Works. As all good love stories go, I fell in love with it a few other times — most acutely while I was in college and did ISP tech support for users in rural Texas with 28k modems, and realized I wanted to make technology my career.When I’m not doing any of that, I’m practicing yoga, piano, or violin. I’m a big believer in breakfast.”

Earlier this year, April, former director of product at Twitter, left the company to start #Angels–an angel-round investment group consisting entirely of former and current female Twitter execs. She was named one Fortune’s “40 Under 40” in 2016, as well as one of the “Most Creative People of 2015” by Fast Company magazine.